Grandmaster Woody Sims started his journey into martial arts after taking an introductory karate lesson at West Wind Bok Fu in Vallejo in 1976. In 1978 GM Sims took a few introductory Tae Kwon Do classes taught by his junior high school math instructor, Anthony Pinkney. Later that year that GM Sims would have his first taste of Kajukenbo, training under Joe Tarrango’s “Old School/Hard Knock” style. GM Sims appreciated the time he had training with Professor Joe Tarrango and regards him as as one of his most influential instructors.

In 1979, a very close friend, Phil Orpilla, introduced GM Sims to his cousin and instructor, (then) Sifu (now GrandMaster) Emil Bautista. Bobby Wilson and Dave Laughren, who taught at this historic Kajukenbo school in Vallejo California, were two of the early instructors that would shape GM Sims’s future in Kajukenbo. Also of note, Joseph Bautista, Phil McFarlan, Ray Thomas, and Mary Wilson were some others who would also contribute to GM Sims knowledge of “old-school”
Kajukenbo. GM Sims continued to train under GM Bautista, alongside other
Kajukenbo notables such as Joel Purvis, Phil Orpilla, Cheyenne Corpus, and the late
Frank Bigoski.

It was also in 1979 that GM Sims fought in his first karate tournament, held by the late Master Luther Secrease, where he stated he had his “(ahem) Butt kicked.” This would light a fire in him, and he vowed he would never let it happen again. The following year, at the Northern Pacific Nationals, GM Sims took 1st place in the 14-16 Beginners. That would be the beginning of many tournaments that GM Sims would go onto win. GM Sims continued this winning streak through his brown belt competitions. When competition fighting as a brown belt had been exhausted, GM Sims was given Sifu Bautista’s blessing to compete as a black belt for tournament purposes only.

Although GM Sims is more notable as a tournament fighter, he has amassed a great knowledge of the Kajukenbo system. GM Sims had trained hard, studied hard, and practiced hard, learning the Ramos Method, to attain his black belt in 1983 from then Sifu Emil Bautista, and in 1986, opened up his first school.

GM Sims continues to train and teach the Ramos Method that was taught to him by Grandmaster Bautista and his many respected black belts. Although his school has moved around Vallejo throughout his career, GM Sims has trained over 500 students and currently has over 25 black belts under him. Along with his school, GM Sims also teaches at the California State Maritime Academy in Vallejo as an accredited physical education class, and he teaches the youth of Vallejo in Vallejo City Unified School District’s “Encore” or after school program. Many of his students from the Maritime Academy and the VCUSD elementary schools continue their Kajukenbo training at his regular school on Carolina St.

In 2005, GM Sims was promoted to 8th degree, Professor, by Grandmaster Emil Bautista. GM Sims was both humbled and honored by this promotion, coming from the man he has grown to respect and admire for his knowledge and teachings of the Kajukenbo system. GM Sims uses the many great attributes he has been fortunate to obtain from all the Kajukenbo teachers, from the Grandmasters to the kids in his youth classes. He himself is a big kid at heart, so this shows in how he teaches his youth class, fun and entertaining but technical and knowledgeable. GM Sims may sometimes be lost-at-words, but his teachings and knowledge of Kajukenbo are conveyed in his students and with his
peers.

2009 was a sad year, not just for GM Sims, but for all of Kajukenbo. We lost not only our founder Sijo Adriano Emperado, GM Sims lost his close mentor and friend. GM Sims will always be grateful for Sijo’s kindness and insight in sharing his knowledge of the Kajukenbo system. Nevertheless, where one chapter closes, another opens. At Sijo’s funeral in Hawaii, GM Sims was fortunate to meet and have lunch with another of Kajukenbo’s founders, Frank Ordonez, more commonly referred to as “Uncle Frank.” Uncle Frank was— at the time—one of only two surviving founders of Kajukenbo. Although there were only a handful meetings between the two since 1997, Uncle Frank had left a deep and lasting impression on GM Sims. This was also true for Uncle Frank’s impression of GM Sims. This mutual respect and admiration led to Uncle Frank offering GM Sims his promotion to 9th degree, Grandmaster. With a little time and input from his peers, GM Sims graciously accepted the promotion from Uncle Frank to 9th degree. Grandmaster. GM Sims is still humbled by this honor and refers to his promotion to Grandmaster as exactly that, “An Honor”.

GM Sims has been fortunate to have great teachers influence how he teaches and continues to learn about Kajukenbo, both its’ history and its’ future. One of his notable black belts, Robert “Kaleo” Wilson, is the son of Bobby Wilson — one of Grandmaster Bautista’s most successful tournament competitors. Sigung Bobby Wilson can be attributed to how GM Sims approaches his fighting style, “No Fear, Hit Fast, and Hit Hard”. Kaleo Wilson continues this tradition that was taught by
his father through GM Sims. 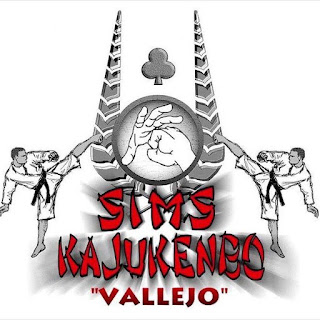 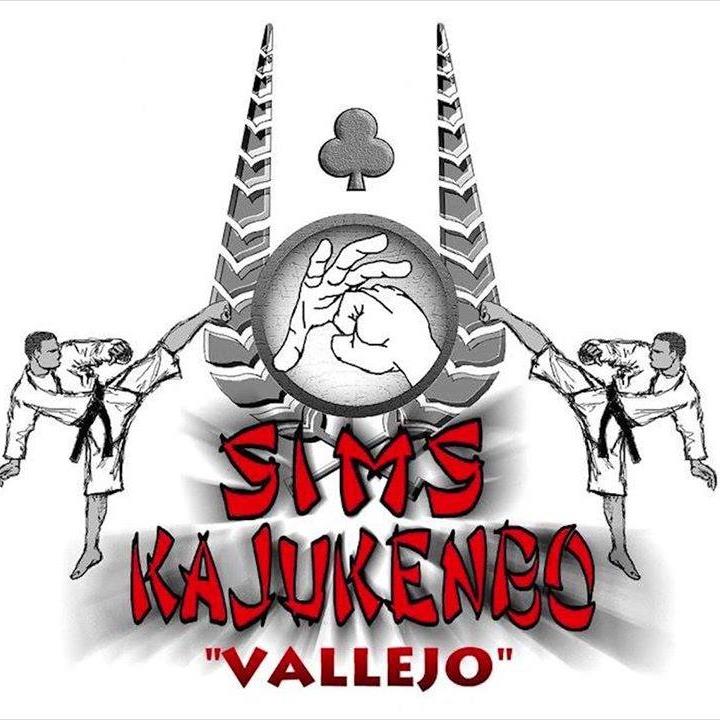 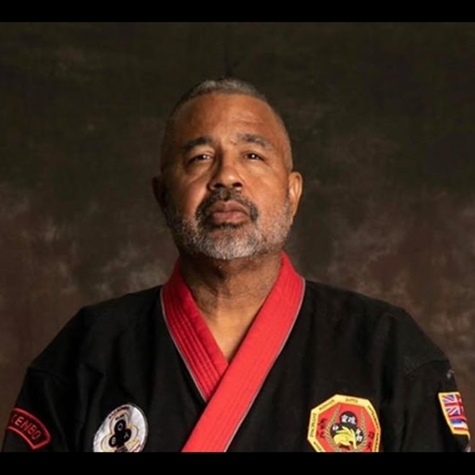